Rika Thiebaud
20:31 27 Mar 19
I changed dentists to Rancho San Diego Dental since my husband and sons already go there. I had my first appointment yesterday and am so very happy I did. The receptionist and Dr. Christensen were AMAZING to say the least! I left there so happy and cannot thank them enough for the incredible treatment and great caring service they have provided me. I already recommended Rancho San Diego Dental to one of my good friends. Thank YOU again! 😁 💕

Lizette Nava
19:34 28 Mar 19
New client and I’m loving it! I’ve been taking my two little ones and the service has been great. Very clean and professional yet friendly atmosphere. Staff are always smiling and welcoming. Dr.Framdsend is great with my little ones.

Jerry Guzman
21:32 23 Apr 19
I can't recommend this place enough. The staff is always super nice and helpful and I never have any complaints with the procedures. 5 stars isn't enough

Jennifer Lakin
20:21 21 Mar 19
Dr. Christiansen is the most patient dentist I’ve ever had. As some with extreme anxiety in the chair, he knows what to do to calm me. The dental assistant (name starts with D) is so experienced and calm, reassuring. They all go the extra mile for me and all their patients.

Nicole Brookshire
18:44 06 Dec 18
I had my first cleaning (the covered one you get with dental 🦷 insurance) today and I was beyond impressed. I had not had a cleaning in over 6 years. My teeth look incredible and the staff was so professional and friendly. I am not a huge fan of anything that involves my teeth (dentist phobia 🤦🏼‍♀️) but this office makes everything so much better. Also, my cleaning only took about 35 minutes! This is a great office.
See All Reviews

So often, people suffer from multiple health issues without knowing that they’re related. While most people have probably heard that oral health and overall health are linked, they may not immediately connect the dots when they suffer from a disease and experience oral health concerns, as well.

While it is often unclear whether oral health issues lead to further health problems or vice versa, the truth is that the causal relationship could go both ways. This may be the case for patients who suffer from rheumatoid arthritis.

Myriad studies have show links between poor oral health and diseases like diabetes and heart disease, but fewer have studied the link between gum disease and RA. Still, the studies that have been done show interesting trends that anyone with RA or a family history of this condition should know about. Is gum disease more common in people with RA? Here’s what you need to know.

The Effects of RA on Gum Disease

Patients coping with RA should know that this condition could be a factor in the onset of gum disease. The Journal of Periodontology published a German study in June 2008 showing that patients with RA were eight times as likely as people without RA to develop gum disease, which is a significant increase in risk factor.

Doctors have posited that this increase in incidence of poor oral health has to do with the difficulties of performing fine motor activities like brushing and flossing with RA, which causes stiff, painful joints, including in the hands. Medications for RA could also have side effects like dry mouth that reduce the ability to effectively fight the growth of harmful bacteria in the mouth.

Patients with RA are also at greater risk for developing Sjögren’s Syndrome, a disease affecting tear ducts and saliva glands that can cause dryness. An estimated 15% of RA patients develop Sjögren’s Syndrome, which can increase risk factors for gum disease, tooth decay, and other oral health problems.

The Effects of Gum Disease on RA

The September 2013 issue of PLoS Pathogens published a study from the University of Louisville in Kentucky showing that the presence of porphyromonas gingivalis, the bacteria that causes gum disease, can lead to early onset of RA, cause symptoms to progress more rapidly, and increase the severity of symptoms.

These findings were supported by a study presented at the 2012 European Congress of Rheumatology in Berlin in 2012. The study, consisting of 636 participants suffering from

The study followed up with patients after six months to see how their treatments were progressing. The results showed that the group with the least teeth had the worst prognosis insomuch as the severity of arthritis symptoms was significantly worse than other patients in the study.

Options for Patients Concerned about RA and Gum Disease

In order to avoid heightened risk factors associated with the overlap of gum disease and RA, patients who suffer from RA or who are predisposed to the disease should work with both their dentist and physician to create a comprehensive plan for treatment that accounts for both conditions. This begins with proper oral hygiene and frequent dental visits to ensure optimal oral health.

Studies suggest that preventing gum disease could not only reduce the symptoms associated with RA, but actually help to prevent or delay the onset of RA in some patients. This is a great reason to focus on maintaining oral health. 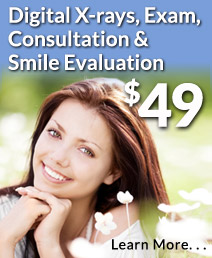